Even if his moniker means ‘Macho Man’ in Malay, ABANGSAPAU embodies the definition of a modern man. He isn’t afraid of using his heart as an armour, penning earnest, passionate lyrics for his raps, such as in one of his latest tracks ‘Rest Up’ – a searing tribute to the Black Lives Matter movement. At the cusp of a new album and a debut single with Def Jam South East Asia, ABANGSAPAU gets real with Tropika Club. Read on to find out how he pours his heart out to make his sound.

*The interview below has been edited for clarity.

Q: What was the process like in creating “Rest Up”, your tribute to the current situation in the U.S.? You managed to finish the track just five days after it all started.

A: A day or two after it occurred, I read up as much as I could to thoroughly understand what went on – not just in that specific situation, but in terms of the systems in place that allow for such patterns of abuse to go on for so long. I really wanted to speak up on the issue without coming off as pretentious, overbearing, condescending or preachy. I thought doing so would be counterproductive, as people naturally wouldn’t want to listen.

So, I did what I knew best: write. I spent close to 6 hours writing that minute-long verse, and I never intended for it to be a rap or track. And then a couple of days later, my friend and fellow rapper Tengyboy hit me up saying he also wrote on the issue and we thought of coming together to show solidarity not just as consumers of black art, but also as fellow human beings.

Q: You sampled Kanye West’s ‘Ultralight Beam’ in this track, it seemed like a very deliberate decision. How did you come to that? And what was your intention?

A: It was. Ultralight Beam by Kanye West is a culturally relevant song that has stood the test of time. The instrumental actually features a sample of Martin Luther King Jr’s ‘I Have A Dream’ speech in the background. The instrumental is mellow, yet there is a sense of strength in it as well. It felt like the right backdrop for the song considering the message and energy I was trying to convey. My intention was to display solidarity through vulnerability and strength in power.

Q: What is the change you hope you’ll see with that track?

A: In the US, I hope for the end of police brutality and reform not just within the police but in all systems large and small that contribute to patterns of abuse, crime and poverty which lead to discrimination.

Beyond the US, systemically, I hope everyone realises that the systems we deem to know what they are doing can be flawed. And it is up to us to speak truth to power to ensure accountability in all areas. Individually, I hope we recognise that as much as the world has progressed, racism is still very real and prevalent – just not as blatant.

I hope we take this time to question ourselves and examine our thought processes in this area as well. As Singaporeans, race can be what brings us together and what divides us – so sparking conversations, dialogue and discourse is pivotal.

Q: You’re not afraid to have some fun with your music too. How did you come to create “ice lemon tea freestyle”? It’s light, spontaneous, carefree.

A: I was in the studio with producer Dan Rafaael and he made the beat for the freestyle. The moment I heard it, I just got to writing and spilled everything. That’s the beauty of the creative process! As much as I try to do music in a particular way, it is important not to limit myself creatively – be it through style, genre or content. That’s what truly helps you grow as an artist.

Q: In the music you create, who are your biggest inspirations?

A: My biggest inspirations musically are J Cole, Kendrick Lamar, ALYPH, Saba, X, Mac Miller and Kanye West. They all have very distinct styles and their authenticity and rawness helps their style to truly shine.

Q: What music are you listening to now?

A: I’ve been listening to a lot of R&B and Alternative Rock lately – namely Jhene Aiko, Choker, Nothing But Thieves and The Neighbourhood.

Q: What are you working on next?

A: I’m releasing my debut single with Def Jam South East Asia this real, real soon! Beyond that, I have been working on my album, which has been in the works for almost a year and counting.

Q: A lot has happened in your personal life, and in the world, how are you taking care of yourself?

A: Cleaning up myself internally and externally has been a huge process for me. Since my father’s death during the Circuit Breaker, I’ve had to recalibrate all areas in my life as I was having trouble processing it. Taking care of my diet and changing my environment socially and physically has been immensely helpful for my mental health.

Q: Have you had any new discoveries or revelations during the Circuit Breaker Period?

A: Circuit Breaker just made me realise how much I truly love thosai. Not just any thosai – the fresh thosai from the stall at my void deck. I felt really sad without thosai.

A: It’s been wonderful. I’ve reconnected with my thosai. And people. I tend to avoid large social gatherings anyway so when I do leave the house it’s to head to the studio or meet a couple friends. Or take myself on a thosai date. So, it’s been nice to finally put on shoes and leave the house for a bit.

Q: Do you have any beauty routines that might surprise even your girlfriend?

A: I do actually. My beauty routine is so simple I think my hypothetical girlfriend would get angry-surprised. I just wash my face using any facial wash I can get my hands on currently I’m using Garnier Men’s Oil Control facial wash. When my hair is not being co-operative I use Gatsby’s Moving Rubber Grunge Matte wax, which can be found at almost any department store. I prefer using bar soap over liquid soap. And I keep my hair thick by washing it a maximum of two times a week with shampoo. Overdoing it is bad because it dries your scalp. I also looove finishing my showers ice cold!

Q: If you have one message for your listeners,

A: Let go of what you cannot control and focus on what you can. Thank you for always showing love. I know I’ve been pretty quiet lately but so much is in the works for you. I LOVE YOU! 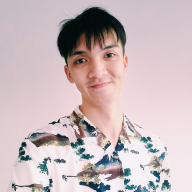 Your 6 Essential Anti-Ageing Products Recommended by a Dermatologist

Stressed Singaporeans can Tap on Wysa the Chatbot for Help

Where to get Designer Reusable Face Masks in Singapore?